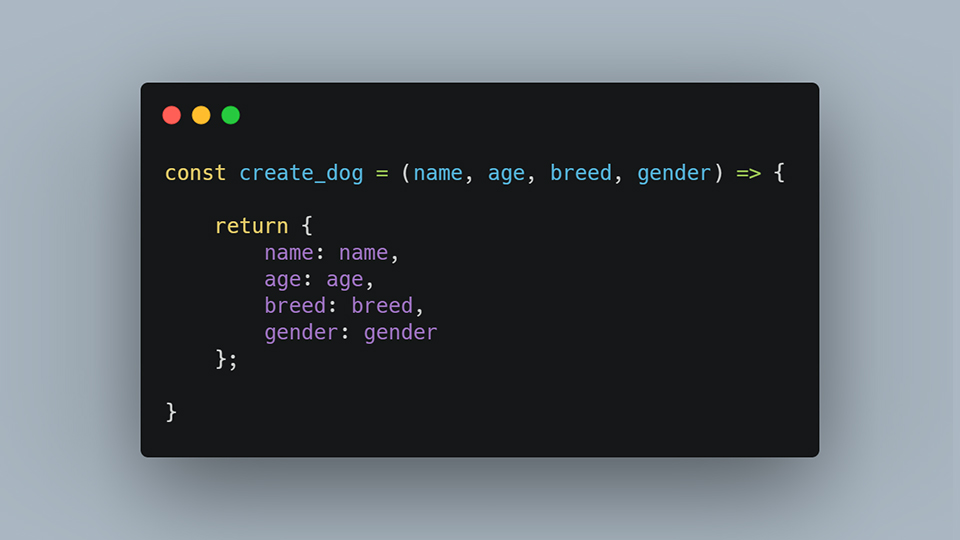 What if you want to know how to create a single object from multiple variables using shared names and values in JavaScript? Sometimes, it’s helpful to group separate stored values together as on object — like if you’re modeling people, places, or things from the real world.

As usual with code, there’s more than one way to get the job done. Let’s take a look at how to combine variables to create an object using shared names and values in JavaScript.

The parameters of this code challenge are:

The expected result is that:

Programmatically, it’s simple enough to write the process out in long-form declarations:

But, there’s actually a simpler way of doing this.

Take a look at this single line approach that accomplishes the same results as the previous code.

Using this single line arrow-function style declaration, JavaScript knows to use the right key names and values to create and return the same object. And, it uses less code — which results in faster execution times. Run time is not a huge deal in this small example, but if you were dealing with large datasets and lots and lots of dogs then anything you can do to optimize how your code runs can be a large improvement â€“ every optimization counts, as overall optimization is a lump-sum game.

You can test the results using console.log()